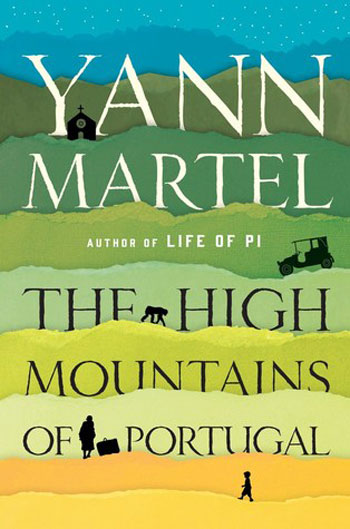 The High Mountains of Portugal

Yann Martel’s universe is full of quirks and quarks, as anyone who has ever read his landmark novel Life of Pi and Beatrice & Virgil can attest; on what lies within the souls of people through strange accidents or twists of fate. For his seventh book, The High Mountains of Portugal goes on a time trip inhabited by three lost souls in search of meaning in his basic style of neo-surrealism that will please most of his readership looking for a broad, if complex adventure of self-discovery.

Broken into three parts set in different time periods in 20th-century Portugal; starting with a Lisbon-based historian, Tomás Lobo setting off in his rich uncle’s Peugeot – one of the first vehicles to be driven – during Christmas 1904 across the tiny Iberian country in search of a unique African-made crucifix guided by a priest’s diary, mainly as a journey to escape a personal pain and the misadventures he often gets into involving the car.

The second part zooms ahead thirty-five years later as the Agatha Christie-loving hospital pathologist Dr. Eusebio Lozora in 1938 Bragança gets caught up in a mixture of biblical scriptures, whodunits and a bizarre New Year’s Eve visit from a widowed country peasant become central to Tomás’ journey while looking into a baffling murder case that taxes his own psyche.

And another fifty years will pass before these past events come to an end with the arrival of a grieving widower Canadian senator, Peter Tovy, to find some kind of solace in his ancestral village of Tuizelo in the mid-1980s along with the chimpanzee he’s adopted from some American primate research sanctuary (long story there) as his companion to help him through his baptism of fire to come out with a new outlook on life.

As a book that tags itself as a contemporary quest/ghost story, Martel puts his characters and storyline about connectivity, love and loss in differing degrees and tests by how far one has to lose before finding themselves again is a contemplative project full of many turns. The central story bends into the bizarre that almost loses its cohesion, but bounces back in the third act that glues it back with some satisfaction, as well as unconventionally surprises.

The author poses some deep thought for The High Mountains of Portugal of where one has to endure to regain their humanity is a noble idea mostly working at times, even when it dips into murky territory that isn’t a total metaphorical loss on the reader full of drama, sentiment and salvation moving in mysterious ways. 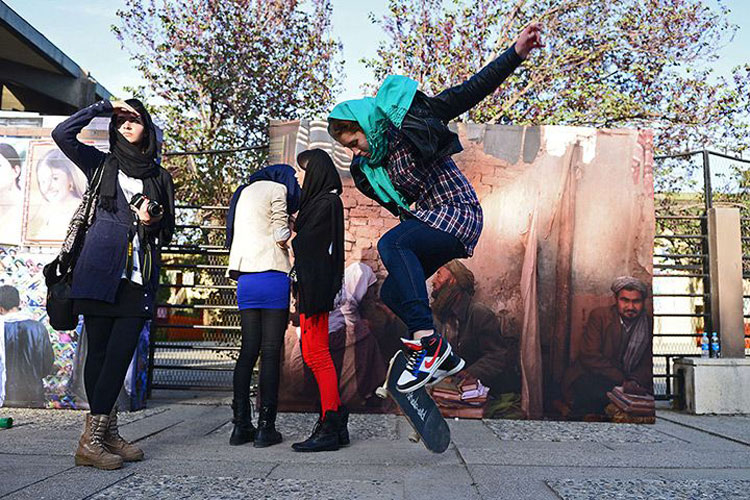 Probably more than any other time in its history, Islam has come under the electron microscope since the dawn of this century first from the wake of the September 11th, 2001 attacks, the optimistic promises and partial deconstruction of the Arab Spring to the rise and reign of terror by ISIS in this decade alone, makes one wonder what to make of one of the world’s greatest religions and its followers.

The Aga Khan Museum, built and opened in Toronto to help bridge the divide between Islam to the general North American public through art; begins a six-part Sunday lecture series to bring a better understanding of these issues with Islam and Muslims in the 21st Century, starting this April for non-followers and followers to bring discussion, debate and perhaps find solutions for the Muslim and other communities as a whole.

“Recent world events have brought an overwhelming focus on a particularly vocal and minority perspective of Islam,” said Dr. Ruba Kana’an, the series organizer and the Museum’s Head of Education and Scholarly Programming. “Here at the Museum, we encounter genuine curiosity from our visitors — and the Toronto public more generally — about Islam and Muslims and a wish to understand more. This call to explore the diverse lives and views of Muslims influenced the choice of theme for this year’s lecture series.”

Among the many topics to be included, including a Q&A session afterwards, will be “Media, Muslims, and Free Speech” (April 17) with Toronto Star Op-Ed journalist Haroon Siddiqui investigating Canada’s model of pluralism and the representation of Muslims in the media; “The Qur’an in the 21st Century” (May 1) with University of Toronto Islamic Studies professor Walid Saleh where he explores how Muslims use and interpret the Qur’an today; “Of Hockey and Hijab: New Reflections on Being Female, Canadian, and Muslim” (May 15) as gender roles get discussed between Muslim men and women by The Globe and Mail columnist/author Sheema Khan.

Islamic youth culture gets a spotlight “Hybrid Identities: Muslim Arab Youth and the West” (June 12) by University of Waterloo’s Associate Professor of Political Science Bessma Momani; “Communing with the Divine: Islamic Mystical Traditions and the Arts” (June 26) from the Professor of Indo-Muslim and Islamic Religion and Cultures and the Director of the Prince Alwaleed bin Talal Islamic Studies Program at Harvard, Ali Asani and his examinations of Sufi and Shia devotional traditions and the highly topical “Refugees, Immigrants, and Citizens: The Muslim Diaspora Experience in the West” (July 10) where Globe and Mail journalist and author Doug Saunders gives a perspective on the 21st-century impact of Muslim migration to the West.

Museum director and CEO Henry Kim further the reasons for this important forum: “Through our exhibitions and performances, we’ve shown the breadth of Muslim civilizations and how contemporary artists engage with tradition. With this lecture series, we’re extending this conversation to explore how much diversity of opinion and experience exists among Muslims today.” 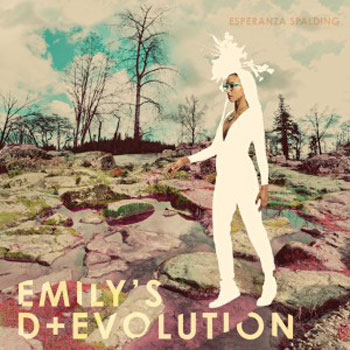 Jazz bassist superstar Esperanza Spalding goes the distance with some experimental sounds of jazz fusion, funk and art rock for Emily’s D+Evolution (taken from her middle name) by being rich in content along with her legendary co-producer Tony Visconti (David Bowie) for a three-hundred and sixty degree turn from her previous 2012 effort Radio Music Society, giving her a fresh flavour to her repertoire as a artist and musician.

Her otherworldly lyrical work blends part philosophy and part nonsensical fittings on each tune through her alter-ego – except for the Anthony Newley/Leslie Bricusse-penned avant-garde take from the Willy Wonka & the Chocolate Factory soundtrack on materialism, “I Want It Now” that she covers quite well – where Spalding channels Jimi Hendrix on opening track “Good Lava” about karma or mimicking Prince for the trippy “One.” Visconti’s tweaking on her vocals get harmonious and sparkly like the flighty love song “Unconditional Love” and its longer alternative version that’s a bit show-offy, but her groove works well in his wheelhouse like it did for Bowie’s final brilliant album Blackstar.

As for this being the Deluxe Edition, all it contains is a mini-poster with some interesting photo layouts by Holly Andres and two bonus tracks, the aforementioned alternative version of “Unconditional Love” and “Change Us.” Good stuff, but frankly I liked Radio Music Society version that contained the CD and video DVD that was the icing on the cake. Even something like some concert footage based on her European tour last year with material from this album would have been cool to include.

Nevertheless, military beats meets 1970s funk about “Funk the Fear,” as Matthew Stevens’ folksy guitar rollicks along her bass lines around “Noble Nobles” as D+Evolution’s best track goes to “Ebony and Ivy” with its cool spoken-word ramble during mid-tune gives Spalding serious cred on trying something completely out of the ordinary to show some innovation modern jazz needs today.